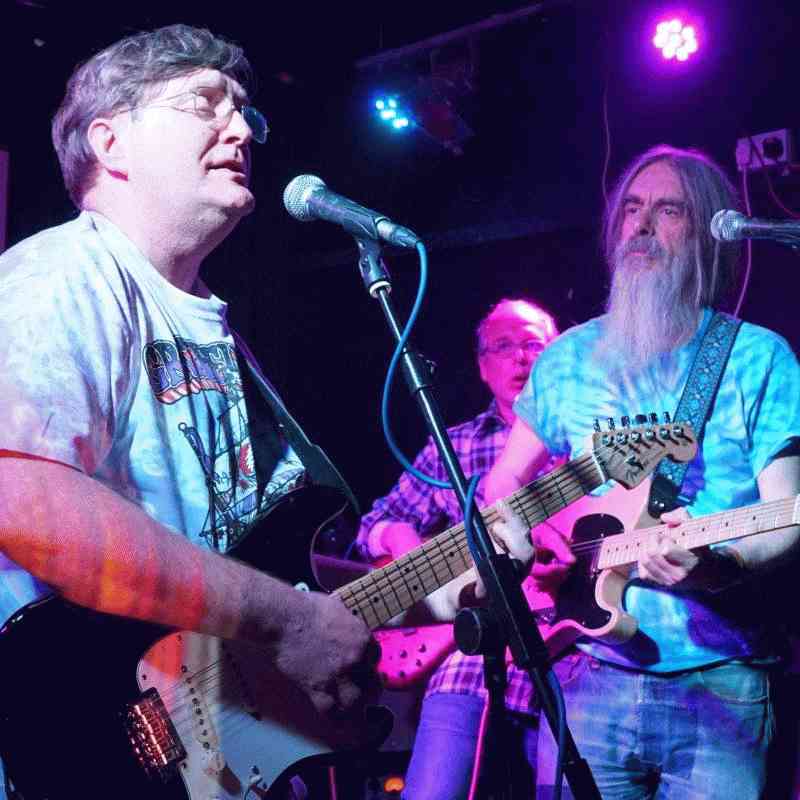 Sunday 19th January 2020: Franklin's Tower, Screamin' Irene, One For The Wall, The Jesters

Franklin's Tower
Franklins Tower plays Grateful Dead covers, and other original material played the way that Grateful Dead might have played it.
facebook.com/franklinstower

Screamin' Irene
The three-man Screamin' Irene push out powerful and haunting vocals with verses which speak of personal experiences, and choruses that scream out raw rock.
facebook.com/screaminireneband

One For The Wall
A flexible assembly of four old friends from East Oxford who have got together again after 30 years to produce some new songs with strong melodies, interesting chord structures, and a vocalist, Jo, who has been described as "a bit like a posh Sandy Denny".
facebook.com/hanawayandco

The Jesters
The Jesters use violin, bass, and guitar to turn out contemporary songs with a tradtional touch. Expect some rabble-rousing fiddle-playing
facebook.com/JestersOxford 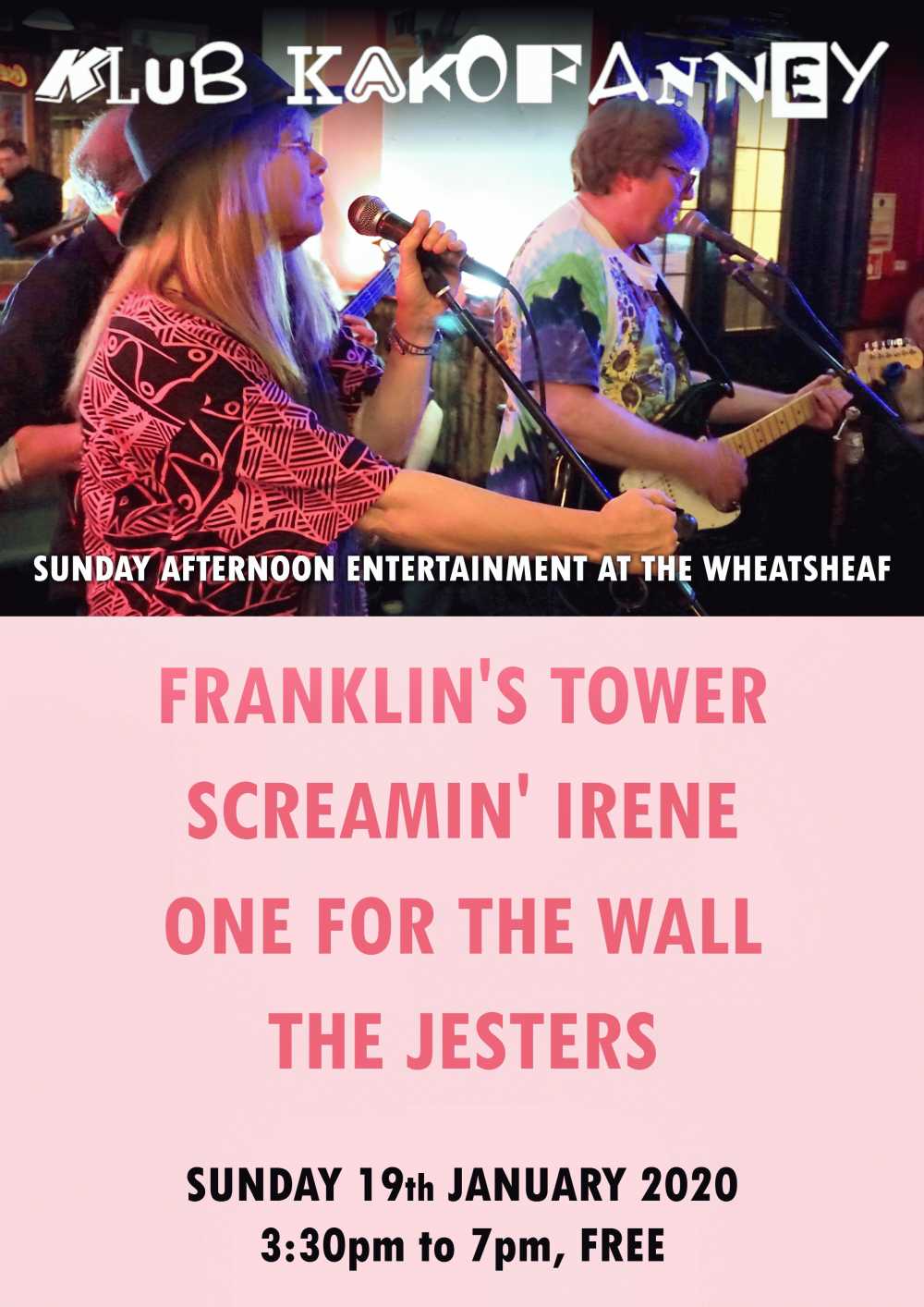